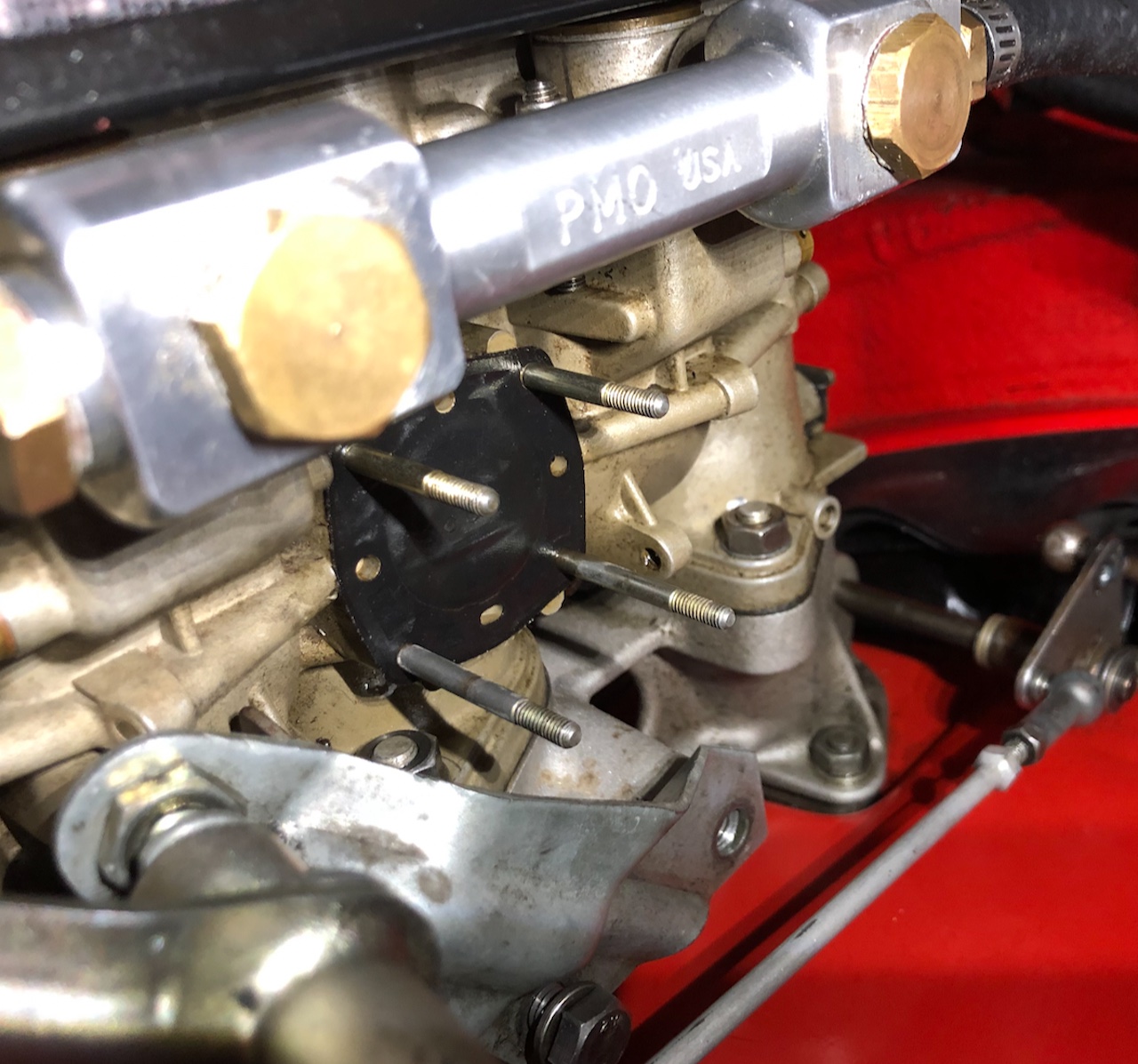 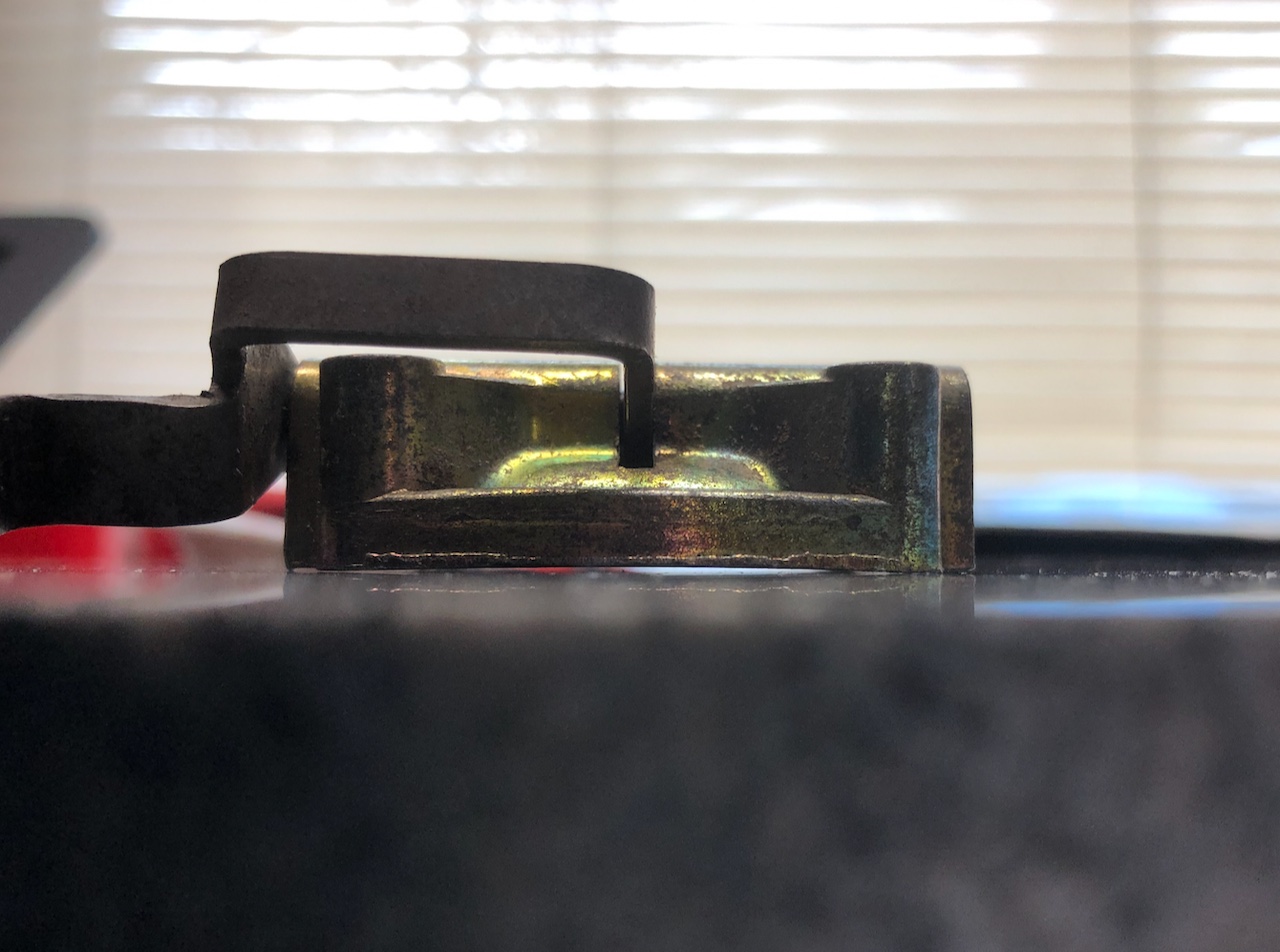 In the picture above, you can clearly see light passing under the pump cover showing it is warped. Use permanent market to "paint" the surface to be sanded. This helps mark your progress, clearly indicating high spots. I used 400 grit sandpaper because it's what I had on hand. The grit used is not critical; anything 80 grit or higher should do. Repeat the process of examining and flattening the mating surface as necessary for the accelerator pump body. In my case, the body had a slight bow compared to the pump. 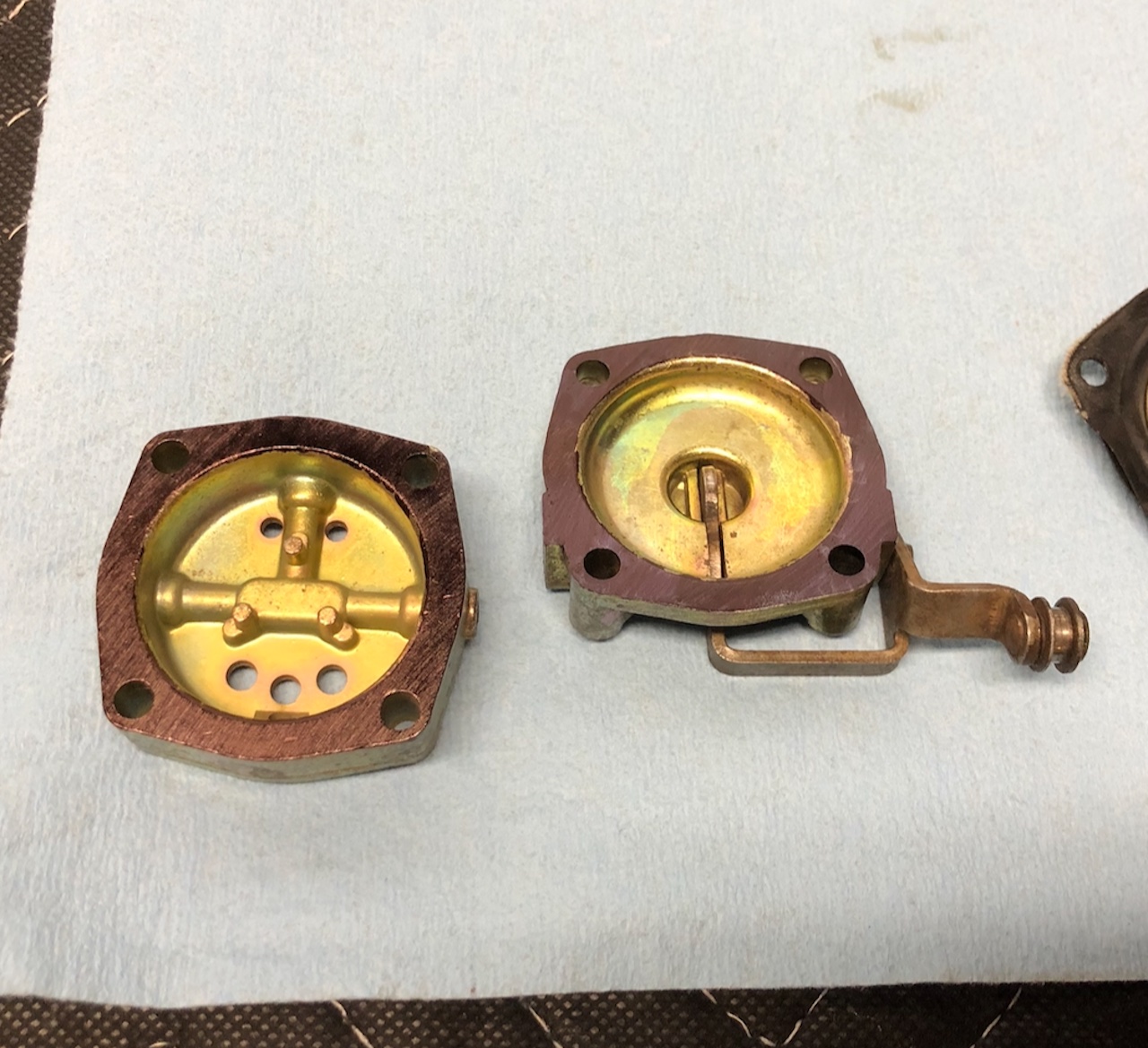 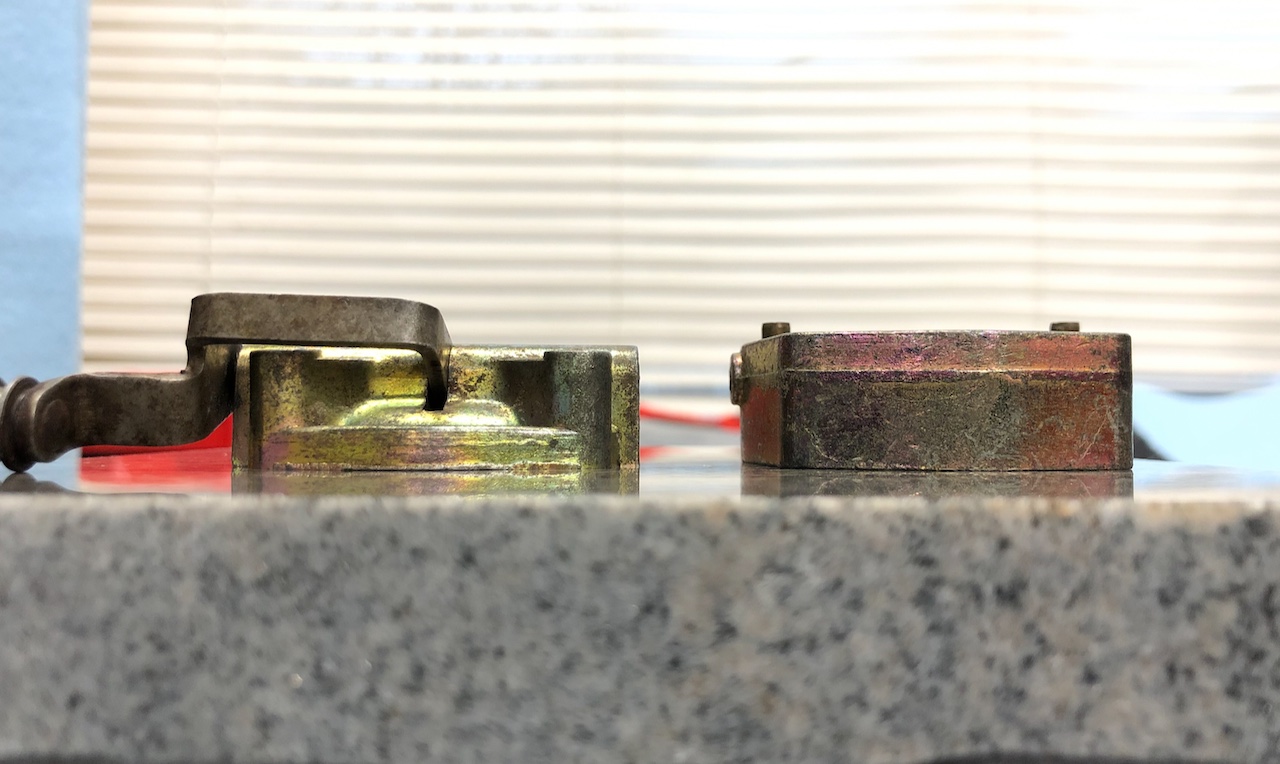 After flattening the mating surfaces of the pump body and cover, you should not be able to see any light passing between the parts and your flat surface. Reassemble the accelerator pump, carefully tightening the nuts. They do not need to be very tight. Check for leaks by manually working the throttle and actuating the accelerator pump. If you do this many times, don't be surprised if you experience white smoke when you start your car for the first time as you've dumped a bunch of fuel into the cylinders.